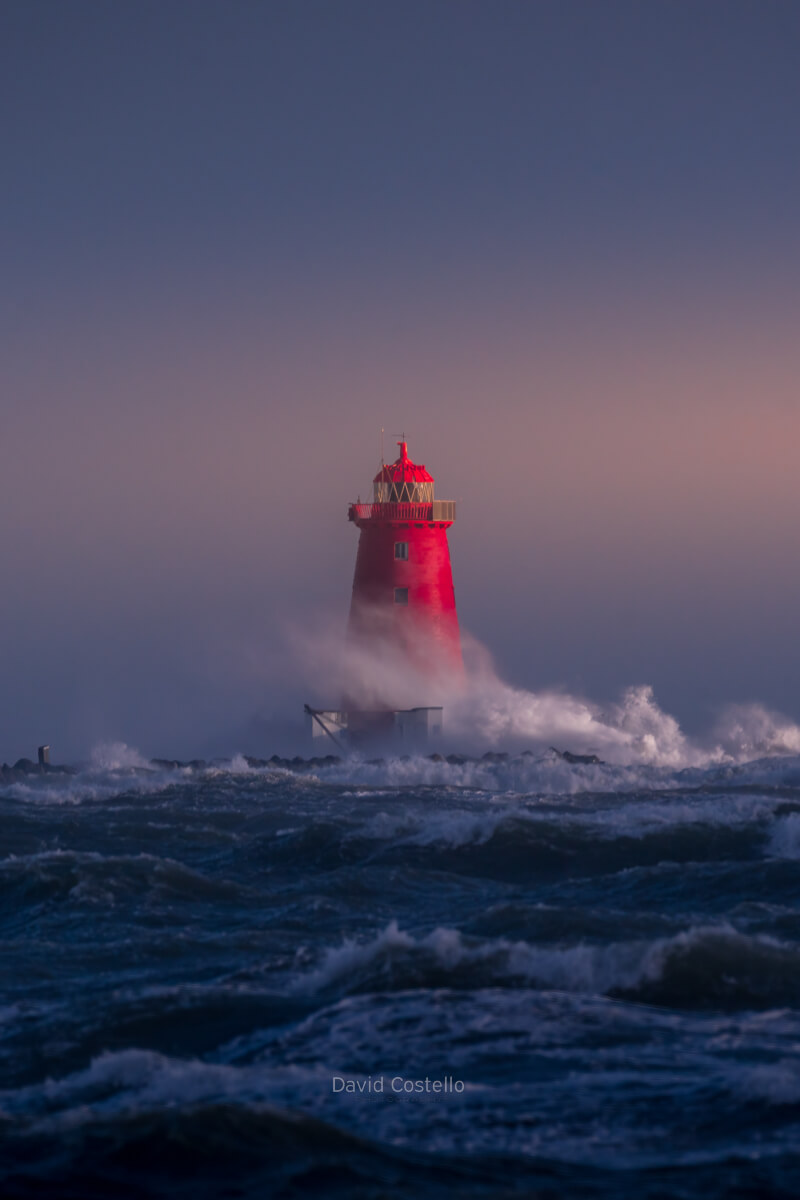 Poolbeg Lighthouse as the sun faded, the waves swelled and the rain arrived during storm Barra on a winter afternoon in Dublin Bay.

The Poolbeg Lighthouse on December 7th 2021 as storm Barra moved across Dublin Bay, the storm named after the legendary BBC presenter Barra Best formed as a hurricane-force extratropical cyclone in the Atlantic and dropped to 956 hectopascals in less than 24 hours.
Thankfully Dublin was slightly sheltered during the storm but it did not stop the waves at high tide pummeling the Poolbeg Lighthouse in Dublin Bay as seen in this print, the landmark lighthouse has seen many days like this since it was built in 1767, and will stand to see many, many more. 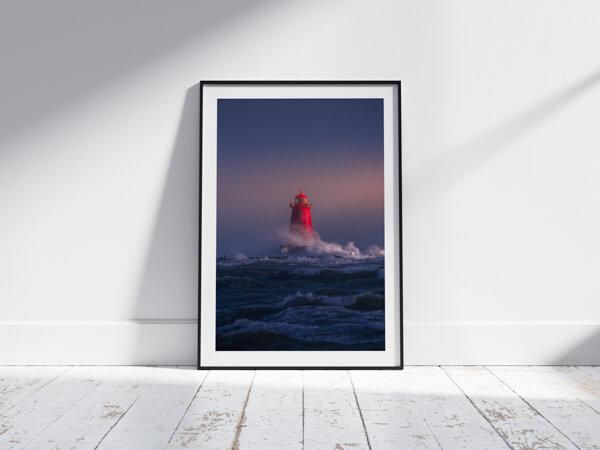 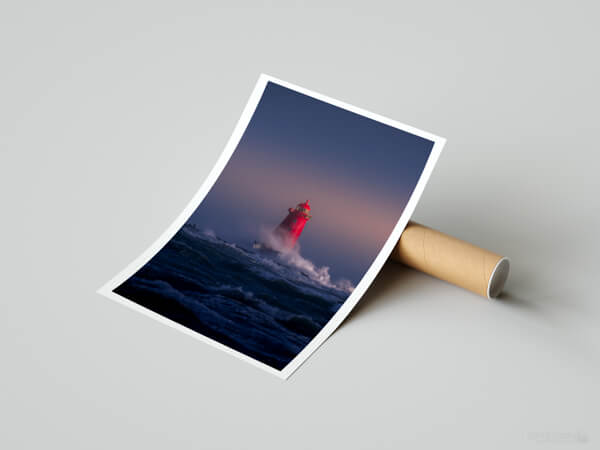