The legendary Guinness gate that leads into Ireland's famous Guinness brewery in the Liberties, Dublin. On 31 December 1759, Arthur Guinness leased the brewery for 9000 years at a price of 45 pounds per annum, and the historic James's Gate brewery is still the largest producer of stout in the world.

This was a photograph I had wanted to take for a long time but it was never quite right, I finally found the perfect time in between the showers as the cloud formed a settling creamy head above the iconic black gate just after the rain had stopped in Dublin City. 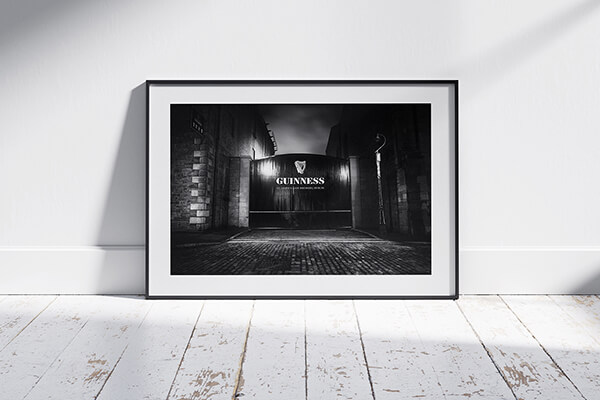